For the last decade Techaisle has been providing a unique and an unparalleled perspective on SMBs & Channel partners – deeply-rooted in data and industry knowledge, thereby enabling IT suppliers shape their market strategy.

Techaisle is the only SMB & Channel partner focused research organization that is helping clients in:

Each of the below – from Connecting the Dots to Competitive Positioning – has been a point of engagement with Techaisle - through Annual Subscription services, Advisory Services or Custom Primary Research. 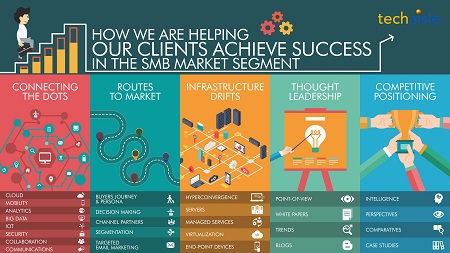 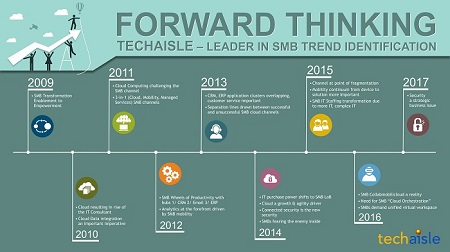 Clients leverage a respondent network of over 900,000 ITDMs and BDMs and 250,000 channel partners in over 20 countries for their custom primary research and marketing outreach requirements. 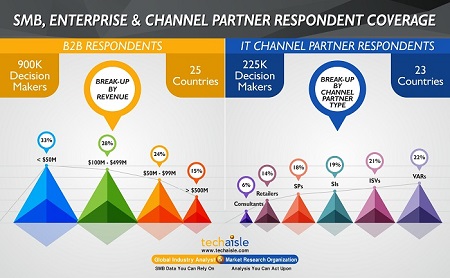 Through Techaisle’s industry leading research, the annual subscription services have been fulfilling need for clear insight into evolving solution areas needed by both established and emerging suppliers. Clients are able to access market research reports, newsletters, perspectives and white papers for use within the entire organization.

Founded by an engineer in 1991, New Belgium Brewing, a midmarket firm with 700 employees, uses technology across its entire business. Automation in engineering is in its DNA and data is at the core of its business success. Technology is pervasive within the organization and is used for manufacturing, quality, sales, operations and even sustainability needs and initiatives. In an interview with Techaisle, Jake Jakel, Technology Solutions manager at New Belgium Brewing said, “Technology is a huge part of what the company does to bring to market its Fat Tire Amber Ale beer. Our entire sales staff relies on data to be at their fingertips when they are out in the field selling our products and brands, and our non-field staff uses data from an analytics standpoint to understand what they are doing right and which areas need attention”.

A key challenge for New Belgium Brewing is managing growth, not only business growth but also corresponding growth of IT staff to support the business. It finds itself frequently caught in the medium sized business conundrum, the in-between phase where it is neither a small business nor a large enterprise. It has many IT personnel who are generalists supporting the business, and is trying to add specialists but is faced with issues such as at what pace should it add the specialists and in what areas should it add first. It is an area which is no different than other growth-oriented mid-market firms. In a Techaisle’s survey, we found that 36% of midmarket businesses have taken steps to address the need for what is sometimes referred to as “double deep” (with respect to IT and business experience) employees by employing IT specialists for the growth and rapid adoption of emerging technologies.

Dell has been busy, its channel partners are increasing their likeability of the company, and Cheryl Cook, Vice President of Dell’s Global Channels & Alliances is staying steady on her path to grow and maintain channel partners who add value to their customers. In Techaisle’s latest US SMB Channel Partner Trends survey, 57% of both Dell & non-Dell partners said they “Like” Dell, up from 53% a year ago and substantially higher than two years ago. In Q4, total North America partner revenue was up and while majority of North America channel partners showed growth, Dell’s distribution partners experienced double digit growth.

In a recent discussion with Techaisle on the state of the Dell channel, Cheryl Cook focused on: