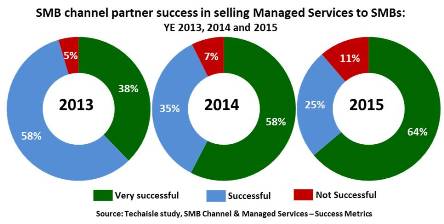 Inexorably, the market is shifting from one defined by discrete purchase-and-deploy deals aligned with refresh cycles to one where businesses take a ‘hybrid IT’ approach that blends a limited number of on-premise assets with a growing range of on-demand services. Recent work by Techaisle shows that the need for updated understandings of channel management imperatives has expanded beyond the tactical questions of sales or management metrics or marketing activities. This work has identified twelve fundamental areas where conventional wisdom has not kept pace with the business needs of the channel. In each area, policies based on conventional wisdom will lead channel organizations away from the practices needed to compete successfully in the post-transactional cloud market.

The channel transformation accelerator enablers, as laid out in the point-of-view white paper document (free), Channel Imperatives for 2020: The Changing Channel for a Post-transactional IT Market will be gut-wrenching but necessary. [Click on the image below to download the white paper or click on the link]. Within the white paper, Techaisle has developed the “Conventional Wisdom vs. Emerging Imperatives” table to illustrate ways that channel organizations must alter basic attitudes towards the business of the channel in order to be successful in the current and future IT market. 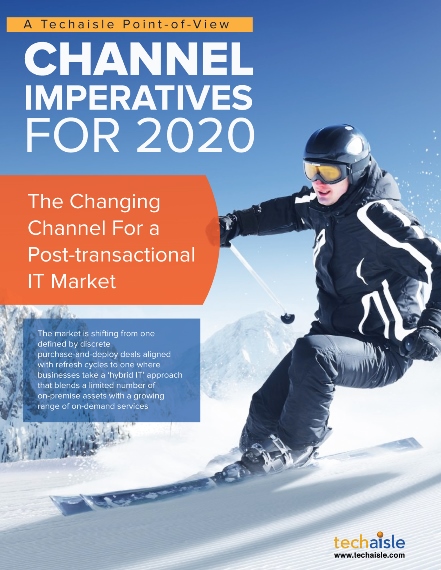 Indian government's Digital India campaign is getting the attention of almost everybody in the IT industry, be it the multinationals or the local players. Sensing the vast potential, Dell started early with its governing body inaugurating the entire launch of Digital India in Delhi. Summing up his excitement, Alok Ohrie, President, Dell India said, “It is one of those campaigns which I believe is going to really position the country to a point where clearly it will continue to become stronger as an economy and would help realize the dreams of the nation with regards to it being a knowledge based economy. This is one initiative from the government that's going to really energize spend on IT and it is also going to be a big play for most of the players in the IT industry”.

Dell in India is also beyond just domestic operations. Almost all business functions that exist globally are represented in India including an R&D setup of about 2,500 engineers and PhDs. The India-based R&D unit seems to have played a big hand in the development of Dell’s 13G server technology.

Immediately after privatization, Dell executives saw the potential for an accelerated pace of execution of various initiatives at a global level as well as a whole lot of flexibility and encouragement to try new go-to-market models. This agility is what Dell India needed and as per its executives “has benefited Dell India big time”. In fact, they are quick to point out that the India operations have grown a little faster than the global business, “our growth in India versus the competition is five to six times faster”.

Midmarket businesses in India are listening and are accepting Dell’s end-to-end solution story and are expecting an advisory role and a consultative approach from Dell in their engagements. Many digital commerce businesses are also looking for Dell to help them define a blueprint for future with regards to IT deployment. Being private with an end-to-end solution orientation Dell’s India sales organization is neither getting limited nor getting constrained in its alignments with customer business objectives, nudging the customers to a future ready infrastructure capable of delivering a future ready enterprise. Playing an advisory role is also forcing the sales organization to be creative in its solution design, unrestricted as it does not have any legacy to protect.

In early 2014, Dell India rolled out a new GTM strategy for the India market. The new GTM strategy was first piloted in India and provides customers with a choice of being with Dell, either direct or indirectly through a partner. It is a GTM model that lends itself extremely well to improving Dell India’s engagement across different customer segments. This strategy brings a change from Dell India’s direct approach in the past with Dell introducing three RTMs: 1/Dell Led for direct sales engagement, 2/ Partner Led for business accounts with special pricing and products; and 3/ Distribution Led for consumer IT products.

Within the GTM model there are three different RTMs (routes-to-market). First is the Dell-led RTM which is Dell’s direct engagement with end-customers. Some of the account managers’ training modules have been modified to help them have deeper, richer, more mature conversations with customers in the form of advisory roles and consultative approaches. However, Dell-led RTM does not mean that partners are shut out from engaging in the same account along with Dell. The partners bring complementary skill-sets to work along with Dell solution experts. Dell asserts that it is more than willing to work with a partner and hence Dell has named the RTM as Dell-led and not Dell direct.

Within the Dell-led RTM, Dell has further segregated accounts into two: one that is more of reach, development & penetration consists of Dell India’s existing accounts and where a lot is already known about the customer; and in the other are those accounts that Dell calls as activation. There are close to 2,500 accounts in Dell-led RTM which are split into four geographies - the north, south, east and west.

The second RTM is the Partner-led RTM for business accounts with special pricing and products. Apart from the 2,500 accounts, the rest of the named accounts have been identified for partners to engage with by identifying, developing and addressing the opportunities. Dell is in a support mode in these opportunities.

The third RTM is distribution-led RTM focused on consumer IT products. This RTM was developed to expand reach into customers in tier 3/4/5 cities as well as customers who are not IT savvy. Dell currently has five distributors in India and a web of local distributors to reach into remote areas of India.

Dell is recognizing the need to erase the perception of consistent channel conflict and hopes that the three different RTMs will help. Alok Ohrie points out, “anomalies have been removed through the new GTM model and it is a very, very predictable model for the partners”.

Techaisle’s India analyst, Gitika Bajaj and Arun Mishra crisscross the entire country directly meeting with channel partners. Not every Dell channel partner is happy but from an overall perspective there is obviously tremendous momentum and Dell’s RTM has legs. Comparing Dell with its closest competitors, channel partners say that “Dell's responsiveness is impeccable when a deal is being struck at the end user level”.

Where is the SMB mobility channel today, as we enter 2016? Results from three Techaisle SMB channel surveys and compiled in report The Channel and Mobility: SMB Supply Options show that there has been substantial retreat from mobility as a core offering in the SMB and midmarket channel. In two years, the proportion of partners stating that they are unsuccessful at selling mobility has increased from 5% to 17%. There are likely two main reasons for this, a “push” and a “pull,” both related to the increased need for specialization in 1-2 of four main market areas (mobility, cloud, managed services, converged infrastructure/virtualization).

On the “push” side, Techaisle believes that many channel partners are struggling to find a profitable entry point to mobility. Supply of the devices themselves is not sufficient: buyers are deploying a wide range of client technology (PCs, smartphones, tablets) which has the effect of diffusing investments in PCs, diverting investment from the channel (since some technologies, especially smartphones, are generally acquired from telcos or other non-traditional-channel sources), and slowing PC refresh cycles (since client technology investment is now spread across 2-3 different devices). Additionally, the rise of BYOD is a double-edged sword: on the one hand, it increases the need for mobility management solutions (since these devices have greater need for security and related capabilities, such as audit/compliance monitoring), but on the other, authority for these devices doesn’t reside entirely within IT. And SMB channel partners are continuing to struggle on how best to offer mobility management solutions, mobility security solutions and bet on which vendor suppliers.

On the “pull” side, channel members who are being forced to abandon the ‘one stop solution shop’ positioning in favor of specialization in 1-2 of the core four areas need to decide if the uncertain journey into mobility has a greater overall benefit than focus on cloud, managed services and/or converged infrastructure/virtualization.