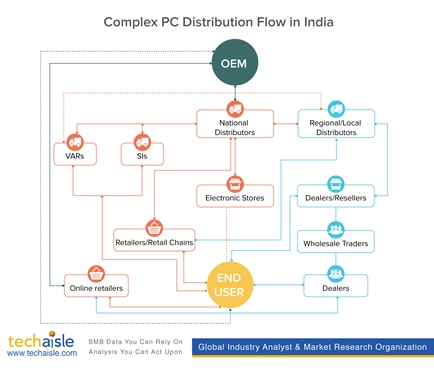 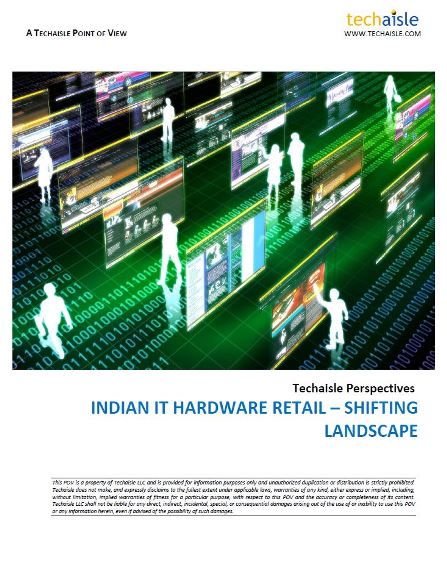 ML110 Proliant from HP is a favorite of VARs/SIs in India to sell to SMBs, especially small businesses. It is “robust, configurable and affordable”. In India where there has been considerable drop in sales of commercial servers within enterprises and government segments, VARs/SIs have turned their attention to the ever-elusive SMB market segment.

VARs/SIs from Delhi to Chennai, Mumbai to Kolkata, Lucknow to Jamshedpur, Pune to Hyderabad – you get the picture – hold the key to opening up demand for first server opportunity within the SMBs. They are doing so by delivering two key messages:

The messaging seems to be working. Channels are optimistic that the small business server spend in India will reach US$75 million in 2013, a jump of 13 percent from previous year. But they also say that the path to influence small businesses will not be easy.

The question is, why have the VARs/SIs taken the lead in creating server demand.

Let us take the example of VARs/SIs in Kolkata. West Bengal is a “dead state”; State government is not spending on IT, Central government is not giving any budgets to the State to spend on IT; therefore VARs/SIs instead of sitting idle are busy pounding the streets of Kolkata, seeking out SMBs and discussing the above two key simple messages which seem to be resonating well. On the other hand, in Delhi NCR region, a hot bed of technology adoption, VARs/SIs are targeting pockets of areas such as Gurgaon and Noida.

Selling to SMBs is a very time consuming and pain-staking process. As one SI put it mildly, “there are no green pastures anywhere; we have to plant the seeds”. These channel partners have to overcome three important barriers to adoption:

At the other extremes are cities in southern India (beyond Bengaluru and Chennai) such as Kochi, Madurai, etc. where channels are fighting a different battle, the infamous “power-cuts” for nearly 8-10 hours each day. The SMBs in this region are first focused on their usual business continuity before turning their attention to IT adoption. But the relentless channels are not giving up on their pursuit and messaging.

Server vendors like IBM that do not have affordable server products for the small business segment are paying attention to the messaging from VARs/SIs and have begun working with them selectively to organize road-shows in Tier 2 cities from northern to western India, from Lucknow to Nagpur and Bhopal.

Still there are many SIs across the country in India who are unhappy by the continuous evaporation of margins on hardware. Some even have gone to the extreme and said that “the way some vendors are working on lowering the margins on servers and storage, SIs will be forced to alternate business models in the next few years”.

India is a more complex IT market than we usually imagine. Based on local infrastructure capabilities and capacities, India has three different segments:

Nevertheless, the SMB server market is still a massive, slow-moving glacier which has not yet reached the precipice of a waterfall. Till that happens, VARs/SIs are creating the demand and trying to grab the opportunity.

In India, SMBs’ awareness of cloud computing trails only slightly behind mature markets. Predictably, awareness is significantly higher among mid-market businesses than small businesses. However, awareness of the term increases significantly among companies with 20 or more employees suggesting interest in cloud computing jumps once businesses grow beyond a certain size. In addition, mid-market businesses with 250-999 employees have the highest awareness about cloud computing as these firms have are still building their in-house IT infrastructure and are evaluating all options to meet their IT needs. SMBs also agree largely on what the term means – about half of all SMBs surveyed agreed that the term included all of the following aspects.

Over the last few years, as the market has evolved and more vendors have entered the fray, a number of new terms have become commonplace each meant to either truly represent a component of the market or a marketing gimmick by some vendors to try and create and legitimize a niche for themselves. The rising sophistication of SMBs is evident in that they are at least familiar with the various terms being bandied about. This is not to say that SMBs do not differ in their views of what each term actually means.

Cloud computing has been touted as the next big thing but as far as the Indian market is concerned while there is a lot of hype and interest generated around this technology the ground realities reflect a more sobering truth: that SMBs in India are still some way off from shifting to the cloud in a big way and that the initial vendor push is more oriented to the upper mid-market businesses and large enterprises.

In India, Infrastructure, also known as IaaS, has the potential to change the way IT hardware is purchased, designed and used. With its promise of infinite scalability and a pay-as-you-go pricing model, the primary benefit that cloud IaaS services extends to the SMBs is efficiency at lower IT costs. It lowers the barriers to market growth by lowering technology costs and upfront investments. This is true both for small and mid-market businesses for many applications. The picture is substantially different for mid-market businesses and small businesses taken separately. Mid-market businesses display a greater willingness to adopt hosted infrastructure and platform solutions than small businesses which is understandable.  Small businesses prefer business appliacations and industry vertical solutions. Cloud platform vendors should therefore actively seek partnerships with such vertical ISVs in order to drive utilization of their own services and data center resources.

IT Channel Complexities in India

Mature markets are just around the corner in India.


Challenges in SMB (1-250 employees) segment for IT Vendors:

The government departments are also in the process of implementing various IT related program primarily for the SMB segment(1-250 employees) especially. This is being considered as the most potential segment in terms of IT growth and expansion.

The grey areas are the SMB and the government. Here the implementation has just begun and it will take another 4-5 years. Today SMB is the very large and the most potential segment and challenge lies in how to deal with them and their needs. The knowledge level of these companies/ this segment is very low as compared to the International markets and standards. The IT deployment in terms of products and human resource is very low and they are dependent on the IT vendors. A lot of knowledge has to go in educating these segments.

Channel partners are investing heavily in Data Centers but it will take time to develop as all the technologies are new.

The channel partners who are at the local level at Tier III & IV cities overall do not have much knowledge base as the bigger partners in the Tier I & II cities, so  they ultimately end up in Box selling. Even the customers of Tier II, III & IV are not well-educated and their understanding level for IT is low. A lot of education has to happen in these cities.

THE IT VENDOR MUST KNOW ITS AUDIENCE FIRST…