Techaisle’s US Enterprise Cloud survey conducted with senior IT decision makers shows that Cloud actually opens the doors to increased IT investment. For all the trepidation about the negative impact of cloud on IT budget and authority, data from the Techaisle US upper-midmarket/enterprise (1,000 employees to 10,000 employees) cloud survey indicates that advanced use of cloud actually drives higher IT spending. In 92% of US enterprises, IT has a voice on the board and helps drive the direction of the business rather than business deciding IT needs. There is also a great deal of near-term opportunity for a variety of SaaS providers in the US enterprise market: ten diverse application categories are included in near-term plans of 37%-41% of respondents. 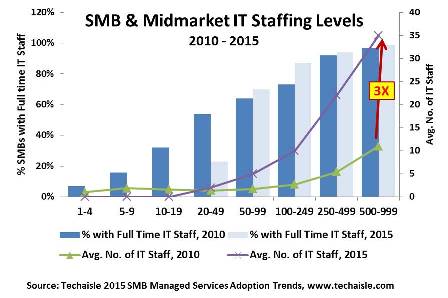 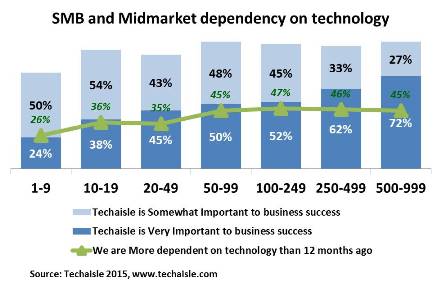