What are the obstacles to channel members achieving scale for their cloud businesses? Techaisle’s SMB Channel Partner Trends research and accompanying research The State of the US SMB Cloud Channel shows that increasingly, Walt Kelly’s famous line (from the Pogo comic strip) “we have met the enemy, and he is us” describes the most pernicious challenges associated with development of a cloud business.

Techaisle’s research explored data on 10 cloud sales challenges faced by SMB channel partners in selling cloud to SMBs. Four of the top five – “lack of in-house expertise”, “do not have financial resources,” “lack of knowledge about cloud computing” and “do not know how to implement [cloud solutions]” refer to internal issues, and two others, “do not understand the [cloud] business model” and “offering cloud-based services will necessitate elimination of jobs at our company,” also reference internal issues or concerns. 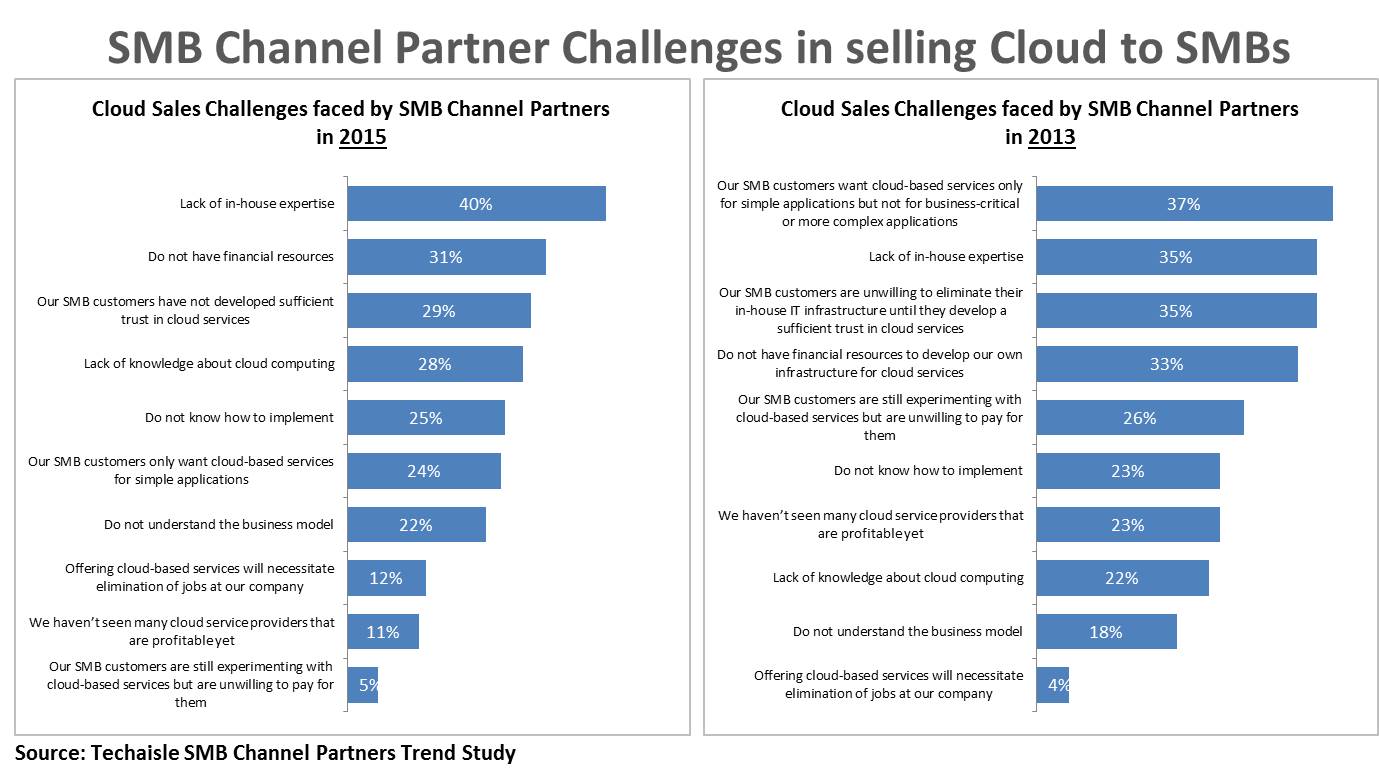 In Techaisle’s previous channel survey, the top challenge associated with selling cloud solutions was “our SMB customers want cloud based services only for simple applications”. This has dropped to sixth on the current list of obstacles. “Our SMB customers are still experimenting with cloud-based services but are unwilling to pay for them” has also diminished as a cloud sales challenge, from fifth (26% of respondents) in the previous research to tenth (5%) on the list of current cloud sales impediments, and “our SMB customers are unwilling to eliminated their in-house IT infrastructure until they develop sufficient trust in cloud services,” which was third on the previous list of cloud sales challenges (35%),” has dropped from the roster of obstacles altogether. The trend in cloud sales challenges is clear: there is no longer any question that SMB customers are ready to embrace cloud solutions – the question is increasingly whether individual SMB channel partners are capable of ramping up to meet this demand. 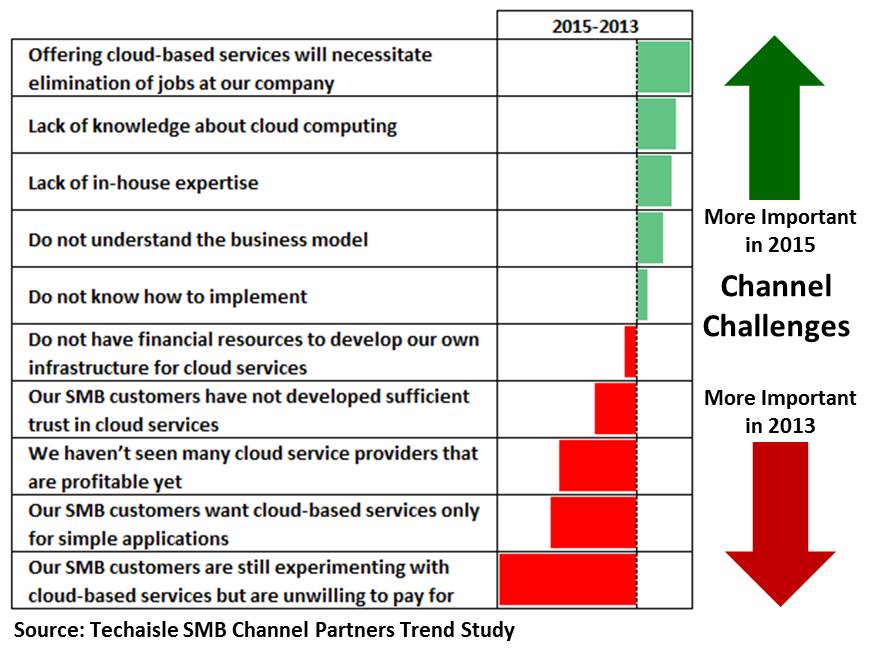 Almost universally SMB channel partners recognize that they must chart a cloud path. One of the most compelling findings in the Techaisle report shows that demand-based excuses (along the lines of “SMB customers aren’t ready for cloud”) no longer apply – the market is opting for cloud, and the SMB channel has come to grips with this.

However, this exposes another, potentially darker set of challenges: the channel is having to face up to its own limitations. SMB channel business owners and executives are wondering whether they have the expertise, financial resources, knowledge and understanding needed to build cloud practices. It is very likely that many are also privately wondering whether they want to jump fully into this new operating reality. Especially for owners and managers who are near the end of their careers, a fear of the unknown may be exacerbated by a reluctance to engage in yet another wrenching transition – one which may well be greater than the previous hurdles (from turnkey to LAN, from server to client/server, from centralized to decentralized) that they have already successfully overcome.

More posts from author
Friday, 11 June 2021 The power of P2P partner ecosystem collaboration is a strategic imperative
Saturday, 29 May 2021 Continuously improving IT security is both an SMB challenge and a USD68B opportunity for suppliers
Sunday, 23 May 2021 Collaboration is 2nd top IT priority for SMBs and the top IT challenge for upper midmarket firms