In 2015, Techaisle reported that “the IT channel has reached an inflection point,” forced into specialization in 1-2 focus areas by increasing complexity associated with cloud, managed services, mobility and converged infrastructure/virtualization. Today, this trend is accelerating. Changes in the IT market are forcing channel members to move beyond traditional key success factors, and to embrace objectives that are better aligned with current SMB market demands.

In this report, Techaisle uses findings from several hundred in-depth surveys with US-based channel firms deriving at least 50% of revenue from sales to SMBs to illuminate conditions within the US SMB managed services channel, and to develop perspectives that suppliers (and the channel itself) can use to construct successful managed services channel strategies. 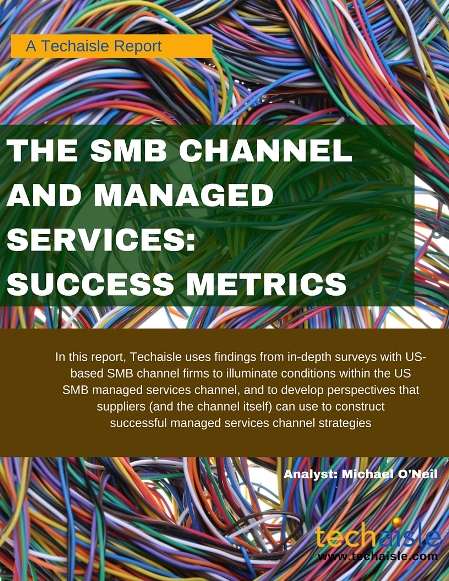 Report is delivered in Word/PDF format.
Report consists of analysis and includes figures and charts.

Get The Full Report